Time to focus on our 2nd amendment rights – the right to bear arms. A look at why home defense and self-defense is an important human right. This article is part of our Book: The Right to Be Armed; A Look at the Formation and Changes to the United States Firearms Laws and How They Affect Citizens Today.

The Need for Self Defense

With the obvious existence of violent criminal activity, it’s in one’s best interest to be able to defend themselves and the people around them in any way possible. That means being allowed to own and operate a firearm. Violent criminals don’t often have a great value for human life (apart from the self-preservation instinct) and it’s virtually impossible to be completely free from the risk of encountering a tragic situation.

No Liability to Protect

Unfortunately, even if the police are able to assist, it is not a line of protection that can be entirely relied on. The law has many unsettling examples of the lack of liability to protect individuals starting back in the 1800s. It may be surprising to hear that law enforcement in the United States is sworn to protect the peace, but not to protect an individual from harm. Many court cases have resulted in a ruling that reinforces this fact and releases officers of the law from consequences of negligible actions. June 1850 in Washington County, Maryland— Jonathan Pottle, a Boston banker, had arrived in Washington County to recover a debt from a defaulted mill owner, whom judgment was made against. Along with a sheriff’s deputy, Pottle went to the mill to foreclose on it when he was taken hostage by the mill workers after he refused to pay them the wages that the mill owner had not. Although help was requested from the deputy and the sheriff, he was denied any assistance from the authorities.

After being held a prisoner for 4 days, Pottle agreed to pay them $2,500 and was released. Claiming negligence on the part of the sheriff’s department, Pottle took the matter to the Supreme Court where the final ruling made precedence in many more recent cases of alleged police negligence. The ruling stated that: “Law enforcement has the responsibility to protect the public peace, but not the liability to protect individuals from criminal actions directed against them.” 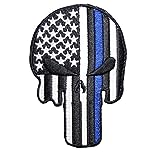 Claims of negligence due to:

Warren and 2 other women were victims of a home invasion, rape, assault, and kidnapping that lasted fourteen hours. A 4-3 decision in the court stated that police personnel or the government employing them are not accountable for their failure to provide appropriate police protection unless a special relationship exists.

Her husband took their three daughters illegally and Gonzales repeatedly tried to get the police to take action to get her children back. Her husband eventually appeared at the Castle Rock police station where he instigated a shootout that took his life. The dead bodies of his 3 children were later found in his car. The opinion of the court surmised that the enforcement of the restraining order is not mandatory under Colorado law. 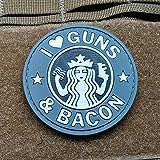 Laws are not concrete and are often left up to interpretation. Even if police are ready, willing, and able to ‘serve and protect’ the peace and individuals—special relationship or not—many criminal activities happen quicker than an officer can respond in ideal circumstances. A complete ban on guns does not take many away from the people who are not obeying the law in the first place. The criminal types have little regard for the law. There also tends to be some grey area when it comes to the protection from the police, who can’t be everywhere at once anyway.

Above you saw just a few scenarios where self-defense could have saved a life. The law is meant to protect us, but often the law ends up getting in its own way instead. This is why our 2nd amendment rights are so important.

You can read more about this issue, as well as other facts about US firearms laws and changes and how they affect us in the complete book here!